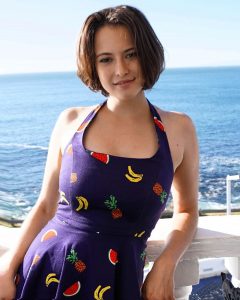 Sarah Birnbaum began her career working for CBS News radio worldwide. In the course of her work, she produced nightly coverage of the war in Iraq, and reported live from Virginia Tech in the aftermath of the school shootings. Her work has been heard on thousands of CBS affiliated stations around the country.

In 2015, Sarah spent a year in South Africa, reporting on student protests, race and racism and mining conflicts for PRI’s global news program The World and NPR’s All Things Considered and Morning Edition. She reported for an average weekly audience of more than 27 million people.

Sarah is a native New Yorker and graduate of Stanford University where she majored in Art History and English Literature.