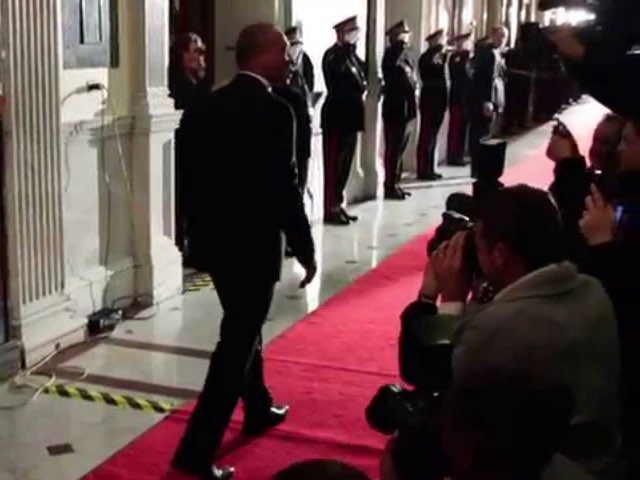 Deval Patrick’s final day as governor was steeped in ceremony. He took the traditional “lone walk” from his office down the red carpeted stairs of the state house, pausing for the national anthem and a 19-gun salute.